You are here: Home / Détente / Katrina vanden Heuvel: Progressives must seize their momentum to articulate a saner foreign policy 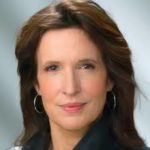 Katrina vanden Heuvel, editor and publisher of The Nation magazin, published this article in  the Washington Post 25 October 2018, beginning with an appeal in particular to the the Progressives among the U.S. Democrats:

“A clear message is needed: Enough with endless wars and the global oligarchy.”

Insurgent progressives have scored remarkable victories in primaries up and down the ballot and are winning the domestic “ideas primary.” As Barack Obama recently acknowledged, bold reform ideas — from Medicare for All to tuition-free college to a $15 minimum wage — have become almost standard fare for Democrats.

Now, we need a forceful articulation of a progressive foreign policy.

To date, the progressive left’s national security policy has been mostly missing in action. Sen. Bernie Sanders’s (I-Vt.) presidential campaign did much to frame the domestic agenda, but paid less attention to foreign policy. Democrats in Congress have too often criticized President Trump from the right — for not being tough enough on Russia, for questioning the United States’ allies, for preemptive diplomacy with North Korea. There are a few exceptions — such as Sen. Chris Murphy (Conn.)’s emphasis on diplomacy as well as challenges to U.S. misadventures in Afghanistan from Sen. Jeff Merkley (Ore.), Rep. Barbara Lee (Calif.) and Rep. Ro Khanna (Calif.). And the Congressional Progressive Caucus has called for a more sensible military budget. Yet none have gained much traction.

This must change. The absence of a coherent progressive alternative leaves Americans with the unappetizing choice between Trump’s racialized America First bloviating and the Democratic establishment’s hand-wringing about saving the “post-World War II rules-based order” with the United States policing the world. Both are recipes for decline.

Trump’s vision is too incoherent to protect our security. He has kept his worst campaign promises — withdrawing from the Paris climate accord and the Iran nuclear deal, ending the opening to Cuba and savaging our immigration policies — while on his more sensible pledges he has done neck-wrenching reversals — doubling down on the Middle East wars he denounced as a total waste and ramping up tensions with Russia in Ukraine and Syria. But the establishment’s yearning for a return to Pax Americana ignores the scope of its failure: a “rules-based order” that left us mired in endless wars, that made commitments we cannot uphold and that rigged an international economy to benefit the few while hurting working families.

Fortunately, a progressive alternative is finding its voice. Core elements have emerged, as the Institute for Policy Studies’ Phyllis Bennis notes, from progressive movements such as the Poor People’s Campaign, the Movement for Black Lives and the global climate movement. Progressive journals, including the Nation magazine that I edit, are devoting more attention to an alternative security posture. And writers, foreign policy academics and political economists have stoked the debate. Sanders contributed by laying out a broad framework in his speech at Westminster College in Fulton, Mo., last fall.

This new, progressive internationalism begins with a radical reassessment of the United States’ security imperatives. As Sanders argues, our security and shared prosperity are undermined by the obscene inequality generated by the corporate-defined global order. Catastrophic climate change is already more damaging and disruptive than terrorism. And the effort to police the world and to sustain a military so powerful that no country dares to challenge it in any region of the world is both vainglorious and destructive.

Second, we need a new commitment to international law and cooperation, while bringing our endless wars to a close and reassessing our empire of bases across the world. Progressives support defensive alliances but seek a forward policy of building zones of demilitarized peace. They reject that the United States must act as the policeman of the world. One critical step is for Congress to reclaim its constitutional authority to declare war, curbing the executive appetite for intervention across the world. Neoconservatives scorn this as isolationism, but it is simply a return to President Franklin D. Roosevelt’s vision at the end of World War II.

Third, the system that has forged a new global oligarchy must be transformed. That begins with a new emphasis on protecting the rights of workers across the world. It reforms the global trading order that puts investors and corporations above workers and citizens. It cracks down on global tax evasion by multinationals and the rich. It creates an international economic framework in which states have the right to defend their own domestic programs for shared security and economic development. It aims for more but balanced trade with other nations. The foreign policy establishment will condemn this as protectionism, but it simply sets priorities right side up: The global economic order must be defined in a way that bolsters shared prosperity at home rather than sacrificing the latter to serve the former.

Finally, a progressive internationalism would rally a global movement to address global warming. Rejoining the Paris climate accord is a first step, but it is clearly inadequate to address the accelerating challenge. Progressives would also revive efforts to stop nuclear proliferation and open negotiation toward universal disarmament. That begins by reviving arms-control negotiations with Russia, returning to the Iran nuclear accord, sustaining real negotiations to curb North Korea’s nuclear programs and bringing the Korean War to a formal end.

Domestically, the turn from global policing would allow a dramatic reduction in the Pentagon’s budget, reinforced by a serious initiative to clean up the federal government’s largest source of waste, fraud and abuse. This frees up resources to rebuild our dangerously aged infrastructure and to implement a global humanitarian surge — new investments in aid and public health — that will strengthen our own security while reviving our global reputation.

Americans increasingly support this internationalism, despite the media largely ignoring it. They are tired of endless wars and have little appetite to face off with Russia or China over territory. They agree that our allies should carry more of the burden. In the face of Trump’s trade wars, free trade has gained in popularity, but Democrats have objected for years to trade accords that are rigged against working people. And majorities favor investing more in rebuilding the United States than in bolstering the already bloated Pentagon budget.

This redefinition of American security is still in its infancy. The infrastructure of think tanks and journals to support these ideas is still underfunded. But the ferment is beginning — and is likely to move rapidly as Trump’s provocations accumulate. The conditions are finally ripe for smart and virtuous competition on foreign policy; progressive politicians vying for office should take note.

This article was originally published by the Washington Post and is reprinted with the author’s permission.

Source: Progressives must seize their momentum to articulate a saner foreign policy

Fareed Zakaria: Ronald’s out. Donald’s in.

Robert J. Samuelson: Why we must raise defense spending

"Stop the Spiral of Violence –for a New Policy of Peace and Détente now!" In recent years both NATO and Russia have increasingly engaged in deterrence through rearmament and threats against each other rather than working for common security allover Europe through confidence and security building … END_OF_DOCUMENT_TOKEN_TO_BE_REPLACED